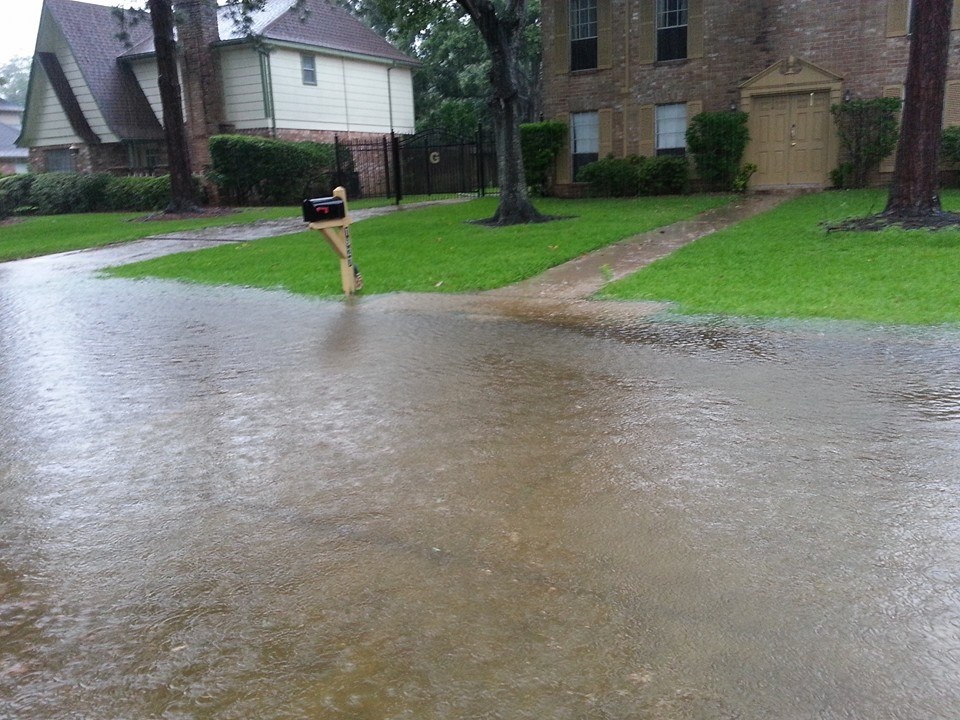 The view from my mom’s driveway yesterday.
Last week was so freaking busy! Seriously the only day I didn’t have something to do in the evening was Friday and even then that was spent packing up the dogs and heading over to our friend’s house so we could dog sit for the weekend. Before that could even happen I had to stop at Discount Tire so they could patch my tire after I ran over a freaking nail! That’s the second one in less than two years in this car which is really not okay. However I did get to take a nap in the waiting room because I am the classiest woman alive.

Saturday night was also spent at a school function, it was the annual theatre banquet and I had a hard time not having serious flash backs to my own banquets and all the tears shed there. I only had two seniors on my comedy sportz team this year but looking at all the juniors turning into seniors made me preemptively sad for next year in addition to being sad about my two that are graduating, one of which is in my actual class.

Anyway here is what i’ve been up to lately!

Reading: I should be more ashamed than I am to say that i’ve been reading way too many Get Off My Internets (GOMI) threads. Seriously I found a blog today that both confused and fascinated me and I wanted to hate read the lady so much and I just wasn’t sure why!? GOMI certainly helped me find all the reasons that were on the tip of my tongue and i’m ashamed but also not. Especially because i’ve been texting my coworker the entire time i’ve been stalking.

I found GOMI a while ago when I was innocently googling another blogger i’ve been following for years and she was leaving something out of her blog. Thank goodness for creepy GOMI’ers. I’m still just a lurker but man is it fun.

Watching: NOT Game of Thrones. I was all stoked Sunday because I was home and dinner was made and I was ready dangit! But then apparently it’s a bi-week and then sadness happened. I took advantage of that time and decided to watch The Bachelorette out of curiousity thanks to Rage Against the Mini Van. I remembered why I never bothered with it before, it’s thoroughly boring and I just don’t care.

We’re back to watching Dance Moms in my Study Hall though so i’m enjoying that. It’ll have to stop again as we get closer to finals and they need study time again, but most days they just revolt and beg to watch it (kids are weird). It’s kind of a win/win though because i’m not sure if you guys quite know what it’s like to listen to a room full of teenagers try to impress other teenagers but it usually sounds a lot like “Yeah, i’ve been to jail. Uhh.. yeah. They have good bologna sandwiches there.” *Insert 70 eye rolls here*

Listening: Still Sam Smith. But now with the added bonus of lots and lots of SIA too. I also dug out the Dresden Dolls first album the other day and had a loud and much needed sing along. Old school catharsis.

Doing: Meal prepping and actually cooking dinner at home for the last two nights and hopefully every day this week like an ADULT. I feel better already, now if I could only motivate myself to like be more active. I’ve been drinking like a gallon of water a day though so we’ll call it even.

ALSO I got a pretty sweet phone call today. Remember my audition last week for ComedySportz? Yeah I was invited to come back and train with them SO HECK YEAH I MADE IT! I mean i’m not a part of the league yet, that’s after training, but step one definitely passed!

Looking forward to:
-More rainy days. Despite the flooding it’s my favorite weather but I am just hoping for drizzle not the torrential downpours of yesterday (almost 4 inches in an hour!)
-Finals and the end of school. Next week is our last week and I can’t believe it’s almost over but i’m SO READY FOR SUMMER.
-The vacation i’m taking to Austin the week in between school and summer school.  Which may not involve tattoos? It depends how irresponsible I can make Taryn and how irresponsible I can make myself.
-Graduation and seeing my kids get to finally walk across that stage! The year can be stressful and the kids can drive me crazy at the end of the year but I look forward to this above all else. This is when it finally pays off and it’s so worth it.

That’s it for now. Hopefully i’ll have time for some other posts this week that I have planned out.