While I was writing my last post I realized that there were a few other plant related picture sets I wanted to share but they didn’t quite fit so I thought i’d break them up into two smaller posts. The first post is about a tiny intruder in my jade container. 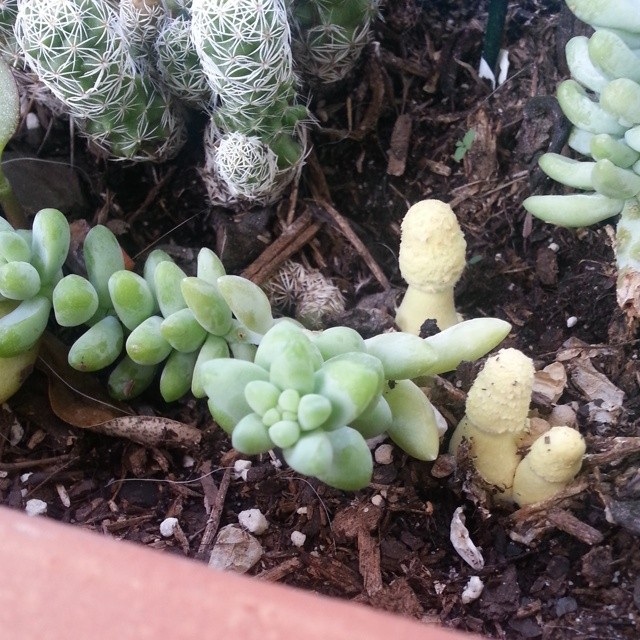 After doing some research (yes internet fungus researching, i’m a thrilling woman) I found out they’re an incredibly common houseplant mushroom, Leucocoprinus birnbaumii to be exact. I found out they’re not harmful to the other plants or to people unless eaten and I also found out they’re a bitch to get rid of permanently. So I figured it would be best to leave them alone and enjoy them while they last. 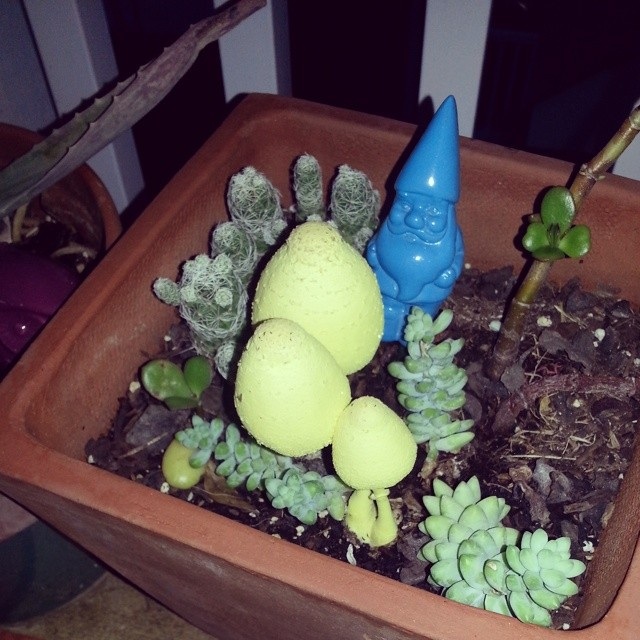 Come to find out they don’t last very long. I noticed them as tiny babies on Thursday afternoon, by Friday night they were well on their way to full size, and then Saturday afternoon they were withering away. I finally plucked them out on Sunday morning because the big one had fallen over into my cacti and was threatening to decompose on top of it and I really didn’t want to see that. I’m actually hoping there will be more. The spores most likely came in with the new succulent I potted in the planter (the one that looks alive) because i’d never seen them before then. Apparently i’ll continue to see them from here on out too since they’re such a pain in the butt to get rid of permanently. 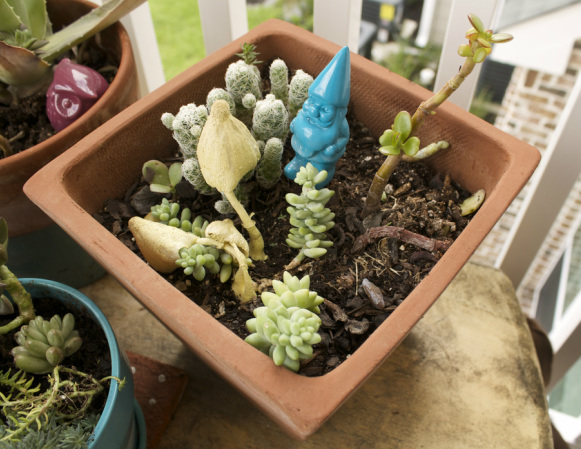 It may not be everyone’s cup of tea but I loved documenting this tiny life cycle. I’ve always really enjoyed mushrooms but never cared to learn much about them so this was a nice little internet research adventure.